Labels: artichokes, dinners, mushrooms
Today was an experiment in using a variety of stuffings in a variety of some of my favorite foods -- and from the title, you've guessed them already -- artichokes and mushrooms. I've been wanting to try stuffed versions of both, and happened to have some artichokes, some mushrooms, some wine and some sausage that all needed eating.
Here are my first attempts at making stuffed artichokes and stuffed mushrooms. 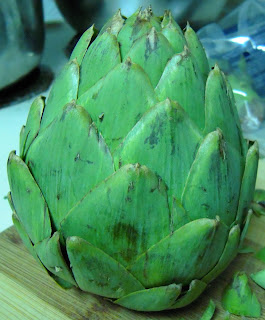 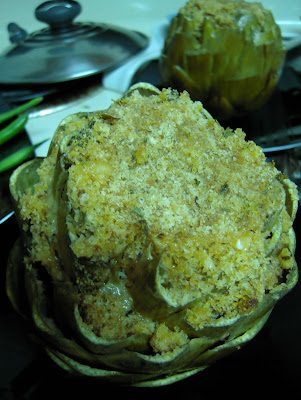 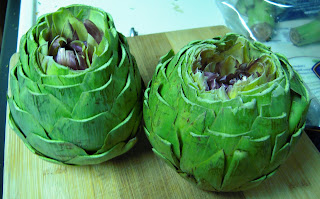 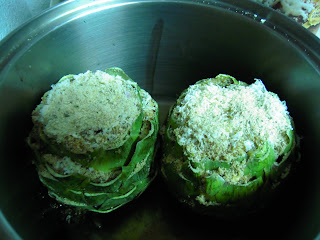 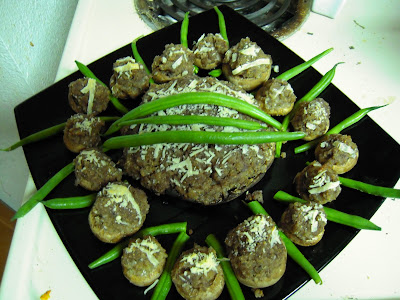 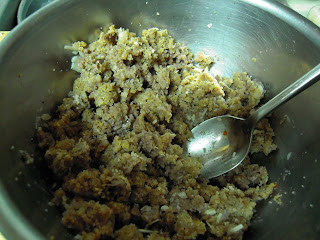 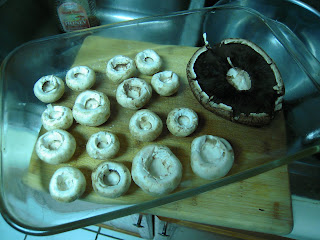 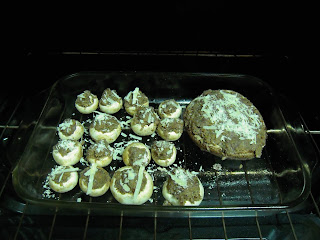 A keeper for sure!
at 10:30 PM Posted by Erin Pennings